There is no denying that the beginning of our company's business came primarily from passion for cars. In fact, the entire team of the LadneFelgi.pl company is more or less interested in cars and it is not just about embellishing the appearance of the rims;) Many of us approach cars in a more technical way and have a big idea about mechanics. With envy, we often watched various types of topics on car forums, in which the authors built great projects, based only on dilapidated copies, which no one would suspect of any potential. Unfortunately, these types of projects are very expensive and time consuming, which is why not everyone can afford to have their dream model. Quite unexpectedly, however, one of our colleagues one day came across the left alone and very neglected Corvette C3. After looking at the photos and the turbulent meeting, we came to the conclusion that it is worth looking at this copy up close and find out the possible price. Corvetta, in fact, immediately grabbed the hearts of other employees of the company, even those not convinced. It would be a great pity for such a beautiful classic to grow on an ever thicker layer of moss, covering an extremely beautiful figure. After closer inspection, it turned out that the car was not in such a bad technical condition as it might seem, but still required thorough work. So, after further consultations and conversations with the owner, within a few days LadneFelgi.pl became the owner of the beautiful blue Corvette C3 - in which each employee has its share. The car may be hard to call the company's business card, since the plan assumed to restore it to its original condition - including classic 15 '' rims, which are in vain to be found in our store. Nevertheless, the vehicle will proudly symbolize the passion from which our business originates. 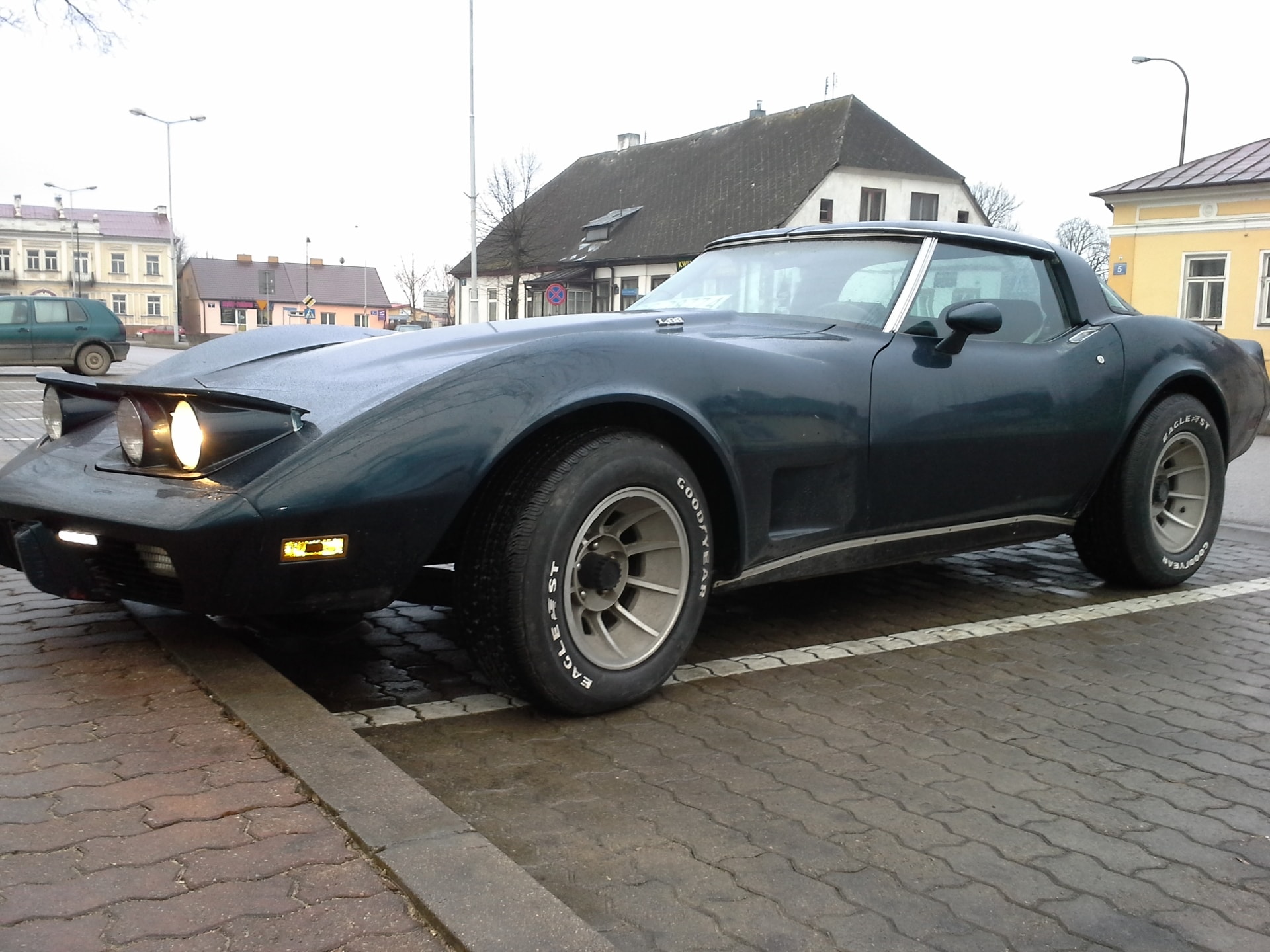 At the beginning let's slightly recall the history of the model, which is an icon of American sports cars. The C3 model largely highlights the change that the automotive industry underwent in the 1970s. The first car in this series was produced in 1967 and the design was largely based on its predecessor. However, it was not without many stylistic changes and above all without the introduction of new engines that provided power from 180HP to 435HP, but the engine versions changed at the turn of several years. The Turbo-Hydramatic automatic transmission was new to the C3. The body was the first in the history of the USA, which did not use side small ventilation shafts. The car in subsequent years was subjected to further modifications to constantly refresh the beautiful figure. Unfortunately, the car because of the regulation of exhaust standards, fell victim to the trend of reducing power. The symbolism of the fast and sporting car lost some of its accent. It should be noted, however, that the change in the measurement method to a more real - SAE - was largely responsible for the decrease in engine power. From now on, the power values ​​were given for the engine loaded with accessories. Despite many modifications, by evolution, the corvetta C3 has always been an eye-catching object. This sports car was distinguished by interesting solutions for those times, such as hidden window washers, air conditioning, retractable headlights. Of course, the car had an independent rear suspension. The vehicle drove very well while providing comfort and quiet in the cabin.

Knowing the history of this brand, we were more and more satisfied with the copy purchased by the company. Although our vehicle does not have a BIG-BLOCK engine, we are convinced that it will give a lot of joy. The copy we came across shone with a beautiful blue varnish from 79. Well admit it, it was far from shiny;), so let's say that under a thick layer of dirt it had a blue varnish;) The long bonnet covered the Small-Block engine with the designation L82 and capacity 5.7l. Originally, it had 220KM of power transferred to the rear wheels, of course.

Of course, we immediately decided to face the start of the engine. To this end, we have carried out all the necessary operations for a vehicle that has not been used for a long time. All operating fluids, seals that were questionable, filters and rubber hoses were replaced. The ignition system has also been refreshed. Knowing that in the event of a successful attempt to start the engine we will not stop driving, we checked and replaced all necessary parts of the braking system.

To our surprise, the car started up without too much effort. And you could even ride it. Therefore, next we organized the visual aspect of the car a bit, both inside and outside. With such a car, we managed to make many kilometers, but of course this was not the target state we were trying to achieve, but only a small sample that looked something like this:

Our intention was to dismantle the car to the smallest screw and complete reconstruction. We planned to clean the body, suspension, frame, but also and above all the engine. As, as we have mentioned, our team consists almost exclusively of automotive fans, we decided to do a large part of the work ourselves. But due to the lack of experience and tooling facilities, we left the most serious tasks to professionals, of course. 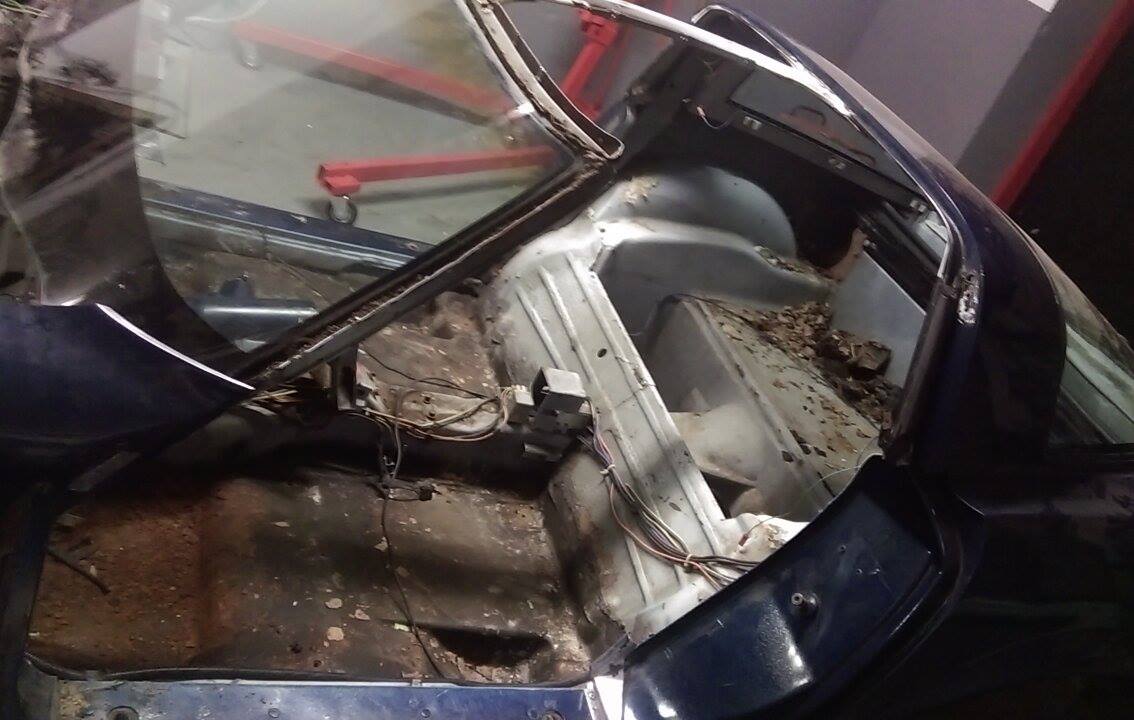 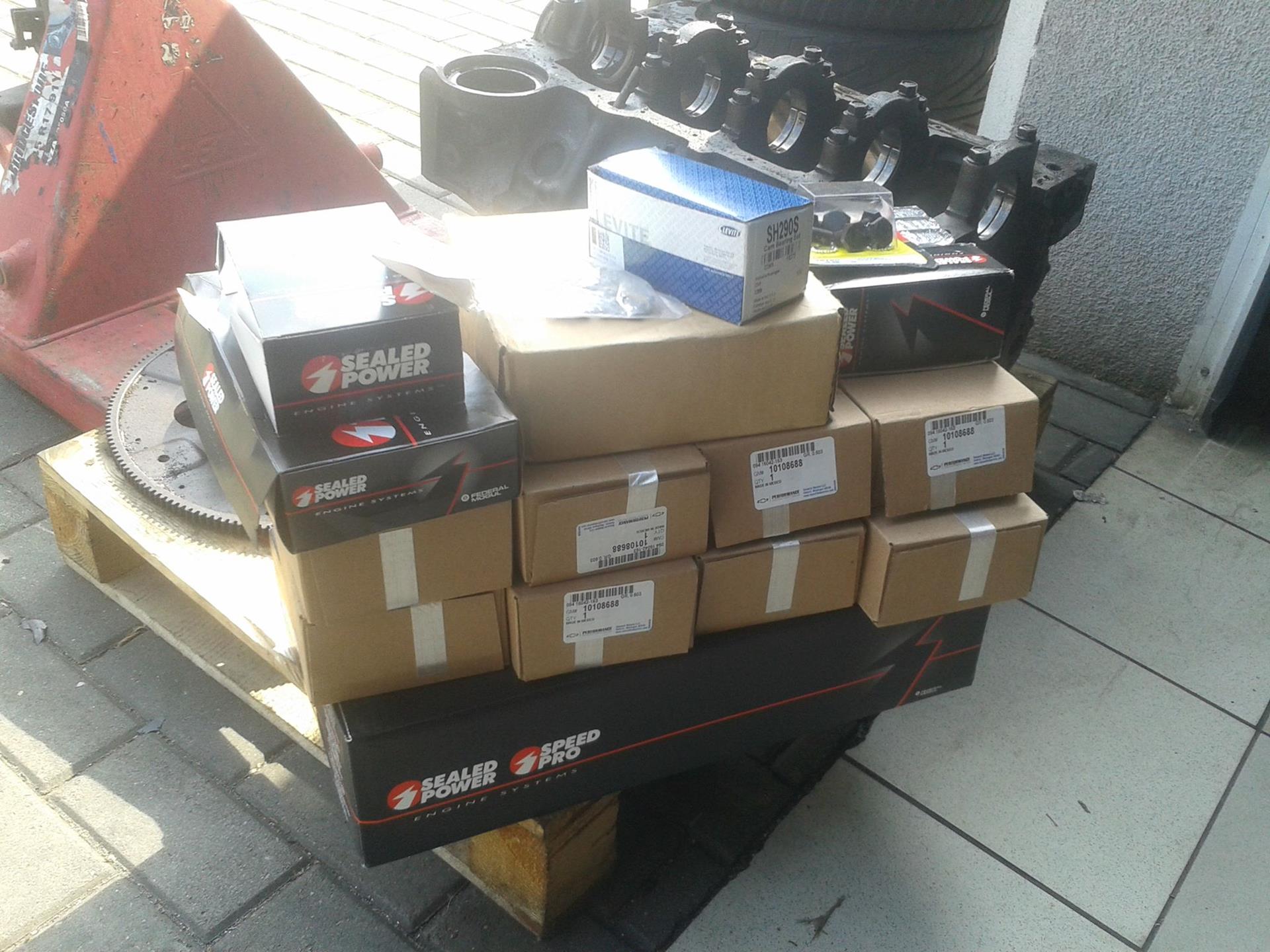 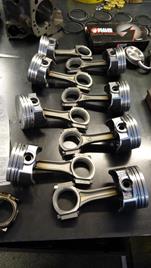 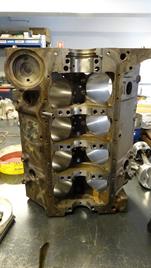 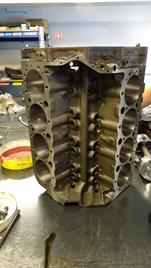 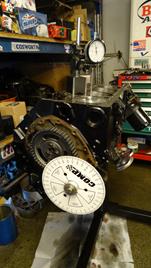 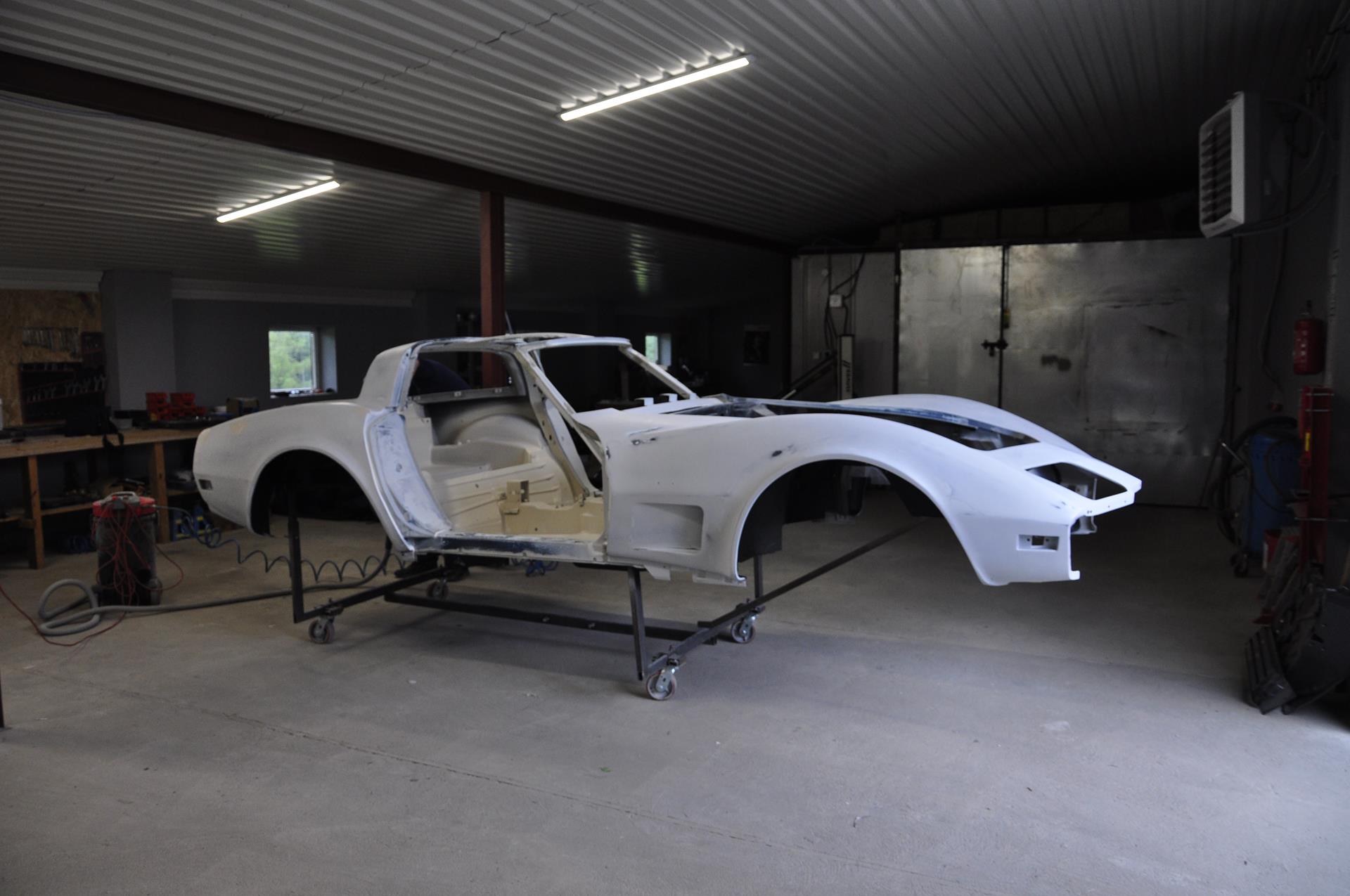 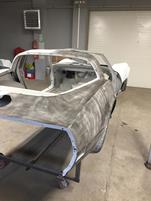 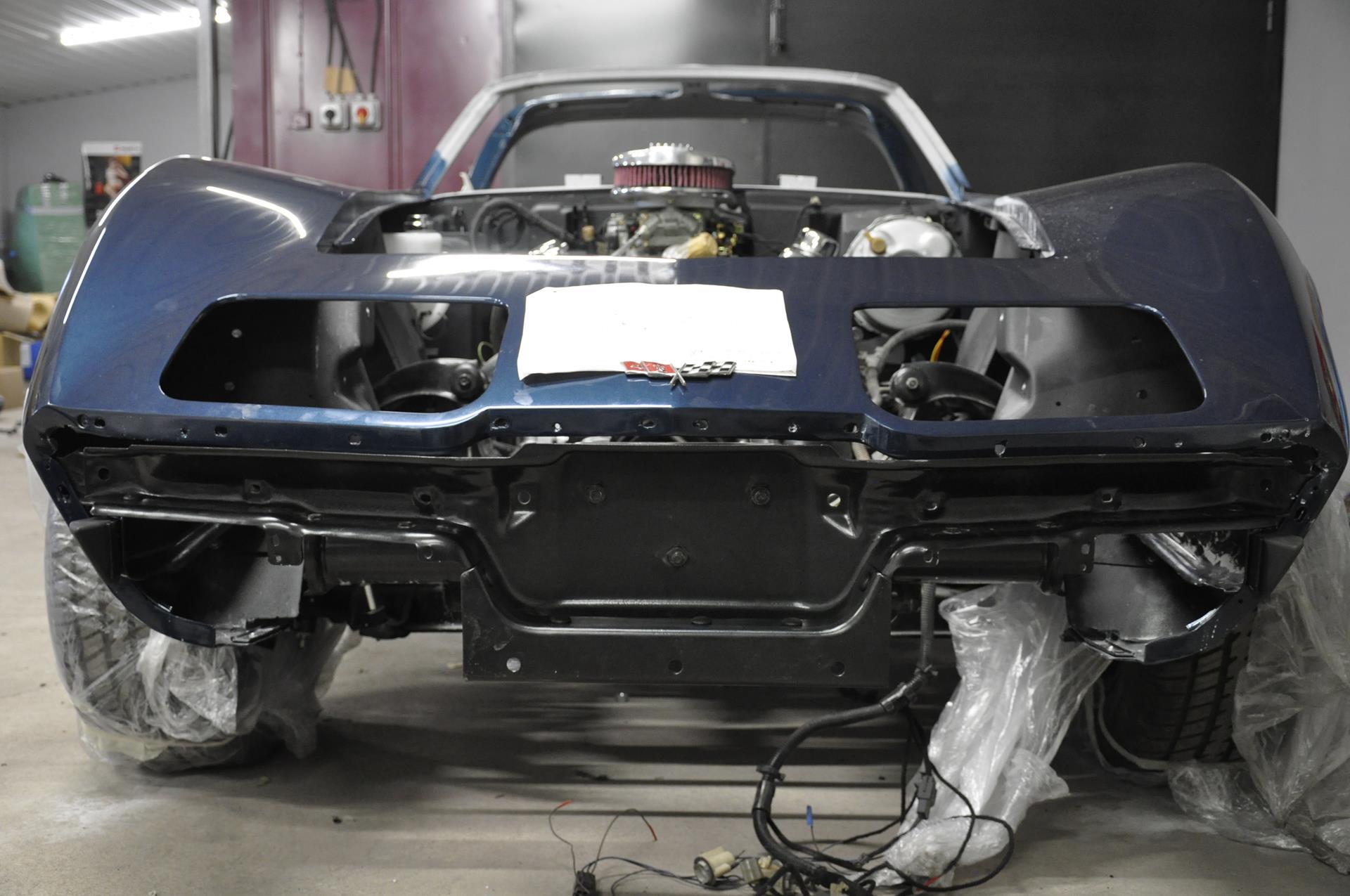 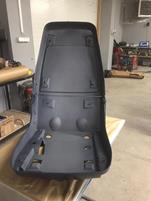