Alloy wheels for AUDI A3 8P

The Audi A3 8P is the second generation of the Audi A3 8L, which production began in 2003. The car was built on the VW floor plate. 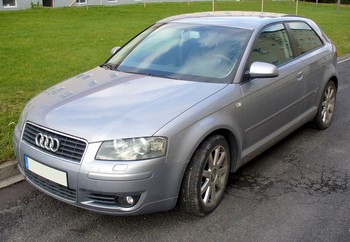 The classic size used in the Audi A3 8P is 16 "on 205/55 R16 tires. This is the recommended size for winter, but it is also very often used in summer. For automotive fans, they rims and tires in in larger sizes. Alloy wheels of our company significantly improve the appearance of the car, which also includes an increase in the market value of the car. On the automotive market, we are a leader in the number of wheel models and the quality of our products. A group of satisfied customers return to our store and are once again satisfied with our services and products. Purchases can be made in stationary stores in Warsaw and Gdansk and in our online store.