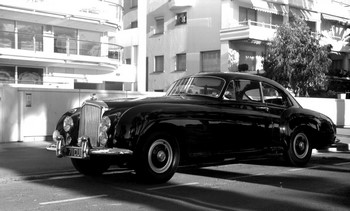 The story begins from 1919. Walter Owen Bentley, as the company's founder, was interested in the automotive industry, which was growing faster. At the beginning of his career, he focused on importing vehicles from France, but eventually he took up the design and built his first own car.


What's more interesting is that for the next 27 years not a single model was fully constructed by Bentley. The elements that Bentley could boast of were engines and bodies. In 1931, the company was taken over by the Rolls-Royce brand. As a result of this combination, more Bentley models were created, which became just the sporting versions of Rolls-Royce models. This meant that at first Walter Bentley's plans to create typically sports cars were wasted. This situation lasted until 1998, when the majority of shares over the company were purchased by Volkswagen.


Germany very wanted to control the Rolls-Royce brand, however problems arose and BMW now owns the brand. Car production of this brand takes place in the British city of Crewe, and the headquarters and factory have evolved into one of the largest tourist attractions in the region.

Alloy wheels for the following BENTLEY models are selling the most: Arnage, Azure, Brooklands, Continental. LadneFelgi offers tires from all known brands. If you are looking for wheels for your car, call us and a qualified team will help you in choosing the right pattern. Aluminum rims have a 36-month warranty. In addition, the rims have all the certificates that they allow for use in the European Union. Proven quality and great price only with us.