BMW X6 2nd generation is a personal crossover of the German BMW group about which the first information appeared in June 2014., but it did not hit the showrooms until December of the same year. 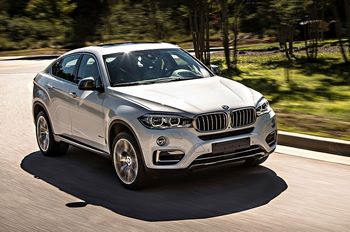 Although the vehicle stylistically presents the typical features of other BMW X Series models, and the F16 version strongly refers to its predecessor (E71), it is a completely new vehicle built on the X5 floor plate. Compared to its predecessor, it has a larger luggage compartment space and richer standard equipment. The drive units should theoretically use less fuel, and these differences, depending on the engine model, reach up to 20 percent. Regardless of the engine version, the standard equipment of the X6 is an eight-speed Steptronic transmission with the option of shifting gears on the steering wheel, through which the torque is transmitted to all four wheels. The exterior design of the car has also changed. On the front fenders, behind the wheels, there are ventilation holes, and the "kidneys" of the grill are lower, but wider, and the bi-xenon headlights refer to X4 and X5, but the rear lamps are made of LEDs. X6 is over 3cm longer, 6mm wider, over 3cm higher than before. The trunk capacity has increased by 10l.

The use of aluminum wheels in a car has many advantages. alloy wheels not only add attractiveness, but also are more resistant to impacts. Low-pressure production and the use of good aluminum guarantee a very high quality product. In our stores you will find wheels dedicated to the BMW X6. We also invite you to stationary stores in Warsaw and Gdańsk.