The Cadillac brand is an exclusive car brand from Detroit. 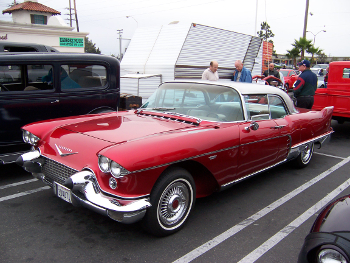 In 1890, Henry Leland opened a workshop in Detroit that produced steam and gasoline engines. Initially, he created them for boats, and over time also gears for the Oldsmobile car factory. When Leland began manufacturing car engines, he began working with Henry Ford and Ramsom E.Olds.


In 1902, Henry Leland worked as a designer at Ford, took over the newly opened factory and named it "Cadillac". Cadillac A with a 10HP 1-cylinder was the first model of this brand. The designer was known for high production accuracy. The first Cadillacs were extremely successful on the automotive market. In 1908, production of cars with four-cylinder engines began. In 1909, Cadillac was sold to the General Motors group.


Cadillac has introduced many innovative technical solutions to the market, e.g..:

After the war, Cadillac cars were the most luxurious and expensive cars that were produced in the USA.

By buying rims in our company you can be sure that the goods are of excellent quality. Our wheels have ISO, VIA, ASO and JWL certificates. The products are covered by a 36-month warranty. We invite you to shop, you will certainly find our rims that meet your requirements.