In 1918, Chevrolet became one of the most popular companies in the United States when Motors took it over. He became a market leader. The successes that the company achieved during this period were also due to engineers and designers who created a number of groundbreaking and significant innovations, and also made sure that these discoveries could be used for cars at moderate prices. 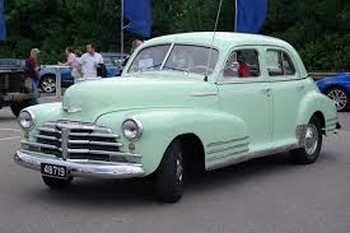 The Chevrolet brand was one of the first car manufacturers to use a starter to replace uncomfortable and dangerous cranks. He was also the first to standardize cheaper cars with electric headlights as standard.


The Chevrolet brand offered a variety of options, such as a built-in car radio or brake shoes. In 1929, the Chevrolet brand introduced a six-cylinder engine in their cars, which soon became known as the "iron miracle" because of its results and durability.


In 1934 Chevrolet disseminated one more innovative automotive solution - independent front wheel suspension - this increased the driving comfort. However, a real breakthrough in the history of the Chevrolet brand has resulted in several models that were in first position for several years, constantly improving the concept of the chassis design.

LadneFelgi company has 15 rims and 16 rims for each Chevrolet model. We also offer tires from all manufacturers at affordable prices. Thanks to direct cooperation with the manufacturer, we are able to offer the lowest prices of rims and tires.