The history of the French brand Citroen is very much connected with the person of Andre Citroen, who is considered to be its founder. It also partly connects with Poland. 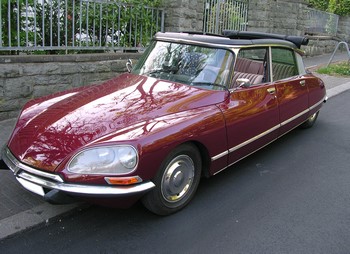 The Citroen logo resembles the company's initial product, it was a gear. At first they were two yellow gears on a blue background, and since 1985 they have been white wheels on a red background.


During World War I, Citroen worked for the army, producing ammunition and tanks. The first car was not produced until 1919, it was a Citroen type. Then the B model was produced. Soon the Citroen 5 CV was also produced, which only had rear-wheel brakes.


In the 21st century, the French manufacturer Citroen presented the successor of Xantia, that is Citroen C5. A year after the C5, Citroen C8 - a twin car with the Peugeot 807 - joined the market. Citroen Saxo's successor - Citroen C3 also appeared, and the C2 and C1 models were launched the next time. The Xsara model was replaced by C4, and XM also has its replacement in the form of the C6 model.


It is worth adding that the DS3 model produced in 2009 gave rise to the prestigious DS line. Two years later the DS5 model left the production line.

Huge selection of alloy wheels for the summer and winter season only with us. Come to our site, there you can easily find rims for your car. We also sell bridgestone tires for your car and many other well-known brands.