Chrysler is the owner of the Dodge brand. This brand produces quite popular models of various vehicles. A lot of similar models can be found under the Chrysler brand. However, Dodge models coming out of hand are less luxuriously finished, the engines are less powerful and the equipment is less options. 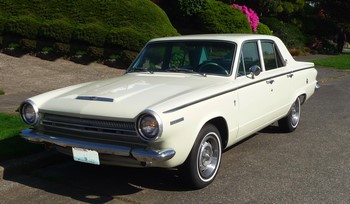 Dodge Brothers Bicycle & Machine Factory was founded at the end of the 19th century. The founders were brothers, John Francis Dodge and Horace Elgina Dodge, then the company was engaged in the production of bicycles and machine parts. In 1901, a brand factory was established in Detroit, at which time incredible quality bearings were produced. The brothers' main client was the Oldsmobile company. In 1902, an agreement was signed with Ford, the factory was to supply engines and many other elements for the production of the Ford T. Dodge model. In 1914, he started producing his car, which was modeled on the Ford T. Dodge was better equipped, but it was more expensive than Ford after all, this model has become very popular among the American middle class.


During World War I, Dodge produced trucks, and after the war, production continued as civilian cars. On July 31, 1928, Chrysler bought the Dodge brand, then the company became recognizable in America. Currently, one of Dodge's owners is the Italian Fiat, which was bought by Chrysler at the beginning of the 21st century.

The most popular rims for the following DODGE models: Avenger, Caliber, Nitro.

The largest selection of alloy wheels in the whole country - only with us. By buying from LadneFelgi you will receive a 36-month warranty. Racing Line alloy wheels have VIA, ISO, JWL, ASO certificates. We offer 16 rims for the Dodge brand, which certainly increase the appearance of this car and its market value.