The Fiat brand is one of the many famous car brands around the world, and its history begins at the end of the 19th century. The Polish automotive market was strongly associated with this manufacturer. 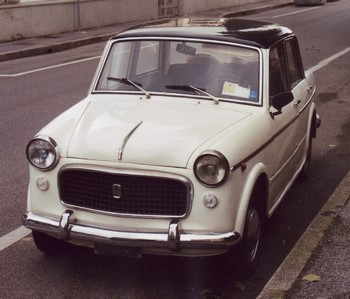 The beginning of Fiat is the end of the 19th century. Then for in the case of Count Roberto Biscaretti di Ruffia and cavalry lieutenant Giovani Agnelli, on July 11, 1899 a company called Fabbrica Italiana Automobili Torino, or Fiat, was established. The name is derived from Italian, it means Italian car factory in Turin.


The first vehicle produced was Fiat 3 1/2 HP. It was built from a carriage with a folding canvas booth above the rear seat. It was driven by a two-cylinder water-cooled unit, which had a capacity of 657 cm3 and gave 3.5 HP. It is worth noting that the car equipment included a trumpet with an inflatable pear, which gave a sound signal, and then this idea was taken over by other manufacturers.


Over the years, more models were introduced to the market, and in 1905 already 16 passenger cars were offered. After World War II, the first car was the 1400, which was on the market in 1950. It is noteworthy that for the first time Fiat used a diesel engine in it.


In the following years, Fiat took over several new car brands. In 1967, Fiat took over the companies Autobianchi, OM, and CMSA. He also joined a lot of shares in Magneti Marelli and Weber. In 1969 he became the owner of Ferrari and Lancia. A few years later, Fiat Auto was founded, which was built by the following brands: Fiat, Lancia, Autobianchi, Abarth and Ferrari, and in 1986 Alfa Romeo also became the property of Fiat. The year 1973 is very important for Poland. Production of the 126p model began in the Bielsko-Biała plant, and later also in Tychy. Polonez became the successor of Fiat 126p, the production of which was carried out by the Car Factory in Warsaw since 1978. After the successes of Fiat 125p, 126p and Polonez, later also produced in Poland, including Fiat Cinquecento, Seicento, and Palio Weekend and Panda.


At the beginning of 2014, Fiat announced that the seizure of Chrysler was over. As a result of the merger, Fiat Chrysler Automobiles was founded.

Are you looking for wheels for summer or winter? You've come to the right place, you can find rims for every season. For the winter period, we especially recommend rims with a silver finish, this varnish coating is perfect for harsh weather conditions. In our company's offer you will also find tires for yourself at a low price.