KIA Motors was founded in 1944 as Kyungsung Industrial Co. In 1951 a bicycle was created and the name changed to KIA Industries. The next stage was the production of scooters in 1957. In 1961, KIA Industries began producing motorcycles. 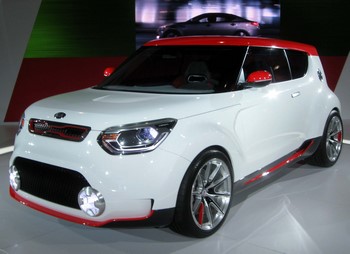 In the early 1970s, KIA created its own engine and then started making cars. In 1973, the Sohari factory was opened and the creation of its gasoline engines began. She produced models under the license of Peugeot and Mazda. Although KIA gained knowledge to manufacture its vehicles, it continued to cooperate with Mazda and Ford. Thanks to the learning from partners and experience, KIA began to operate on international markets.


In the early 90's they changed their name to KIA Motors Corporation. The company was growing rapidly, but the financial crisis that hit Asia meant that KIA had to apply for a permanent strategic partner. Hyundai became this partner and in 2000 the Hyundai-KIA Automotive Group was established with an office in Seoul. Currently, KIA is the oldest and largest car manufacturer in Korea.


In Poland, KIA Motors appeared in 1995. At the beginning of its term of office, it was called PB Motors, and in 1997 it became KIA Motors Polska Sp. z o.o. The company is 100% Korean owned.

Huge selection of rims for every car. We have classic designs that give elegance and less standard, giving the car a sporty character. You can also find summer and winter tires from various brands.