LAND ROVER is an English brand that produces off-road cars for the army and civilian customers. This brand appeared on the market in 1948. LAND ROVER has been operating as an independent brand since 1975. 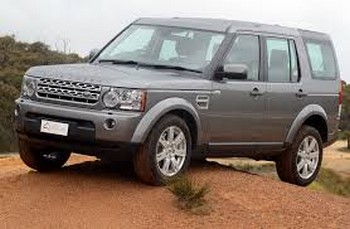 The first LAND ROVER vehicle was created in 1947 by Maurice Wilks, he was the designer director of the Rover brand. The inspiration for the first model was the American Jeep, which was used during World War II. In 1957, the diesel engine appeared for the first time under the hood of LAND ROVER. In 1958, the next generation (Series II) of the English car was produced.


Range Rover appears on the automotive market for the first time. Luxury editions of LAND ROVER cars with a V8 engine were to be produced. The vehicle's design was based on a very strong frame, to which a three-door body was attached. The car had permanent four-wheel drive. In 1994 the German BMW group bought the Rover brand. A moment later, the new Range Rover was presented, which was considered as a luxury SUV. In 1997, the Freelander model was first introduced. In a short time, it became the best-selling model in this segment in Europe.


In 2000, BMW gave up the LAND ROVER brand, selling it to Ford. In 2002, it released the third installment of Range Rover, but a year later the third generation of the Discovery model. In 2008, Ford sold the English brand to the Indian concern Tata.

A large selection of alloy wheels for LAND ROVER for all seasons. 36-month warranty is provided on Racing Line alloy wheels. We also sell tires from all known brands. We invite you to our stationary stores in Gdańsk and Warsaw, where you can see many models of rims live, and a qualified seller will definitely help you choose the right rims.