Mini is a very well-known brand, it can be considered a legend of British brands among passenger cars. It is also a brand recognized as one of the most fashionable car brands in the world. 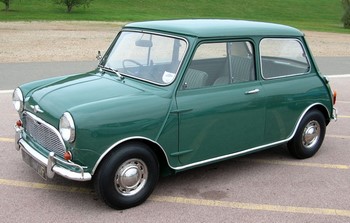 Its history begins in 1959, and was produced in the original version until 2000, by companies such as Austin and Rover. Continuing its popularity, in 2000 the MINI brand was created, which produced new incarnations of this model. Mini was created in 1959, was to be an alternative to more expensive cars. Despite its small size, the vehicle was quite roomy, with as much as 80 percent of its chassis space being passenger space.


The modern version of this car, which has been produced since 2001, is another, new construction philosophy. The model is no longer so small, it has the dimensions of current cars from the B segment, to which it belongs. The biggest feature is the style, which refers to the original from 1959. The Mini model is one of the premium cars, so it is much more expensive than many other cars in this segment. Currently, the brand belongs to BMW, produces several models that refer to the legend of many years ago, and all the inspiration is derived from the historical roots of the original Mini.

Rims for the following MINI models are the most-sold: MINI RTO, MINI-N, UKL-L, MINI CABRIO, MINI CLUBMAN. The largest selection of MINI alloy wheels at LadneFelgi. We offer a wide range of aluminum rim designs as well as summer and winter tires for every car. 205/55 r16 tires are very popular.