Adam Opel was from a craft family, but his life plans were different from being a locksmith. He went to Paris to work in a sewing machine factory. In 1862 he founded his own workshop, where he dealt with their repair. Over time, he began to produce them, and the company grew. 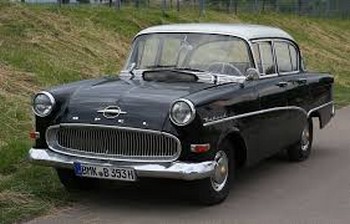 Soon Opel decided to invest in the production of bicycles, and after his death, in 1899, his sons establish a partnership with Friederich Lutzmann to start producing the first automobils. It was a vehicle with an unusual name - "Opel's patented car with Lutzmann system". Unfortunately, his popularity was very poor and the first brothers' Opel business failed. It was his next trip to Paris that gave him success to talk to the designer Alexandre Darracq. The French designer sold Opel a license to manufacture a 9PS vehicle. Shortly thereafter, the car was sold under the Opel-Darracq brand.


Opel also had adventures in the field of motor sports - the first successes took place in 1901, but the first was to win the Keizer's Race in 1907. The 1920s were the next sporting successes in the country and abroad. In 1928 Opel is the largest car manufacturer in Germany controlling over 37% of the market. Other companies became interested in such a thriving company. In 1929, General Motors bought 80% of shares in a German company. Two years later, General Motors bought the rest of the shares. Production kept gaining momentum, Opel became a giant producing German cars. From 1935, he made 100,000 cars a year. By 1940, one million copies of all Opel cars were produced.


During World War II, Opel factories had to comply with Hitler's orders. The company produced Blitz military trucks as well as aircraft parts. After the war, the production lines were taken by the Soviet Union, despite this, the company rebuilt and began to produce interesting cars.

Are you looking for Opel wheels? You can find both rims and tires for every season. We offer tires of all known brands at good prices. We invite you to stationary stores in Warsaw and Gdańsk, where you can buy a set of rims for your car.