The beginnings of the brand date back to 1810, when the brothers Jean-Pierre and Jean-Frederic turned the family mill into a steel foundry. The Peugeot Brothers company was involved in the production of household tools and appliances, coffee grinders, knives, etc. In 1850 the brand logo was created - a lion standing on hind legs. This logo still exists today. 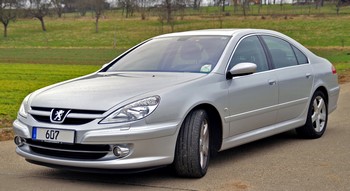 At the end of the 19th century, the sons of the Peugeot brothers changed their fathers' company into a bicycle production plant. However, the next generation has decided to manufacture automobili. In 1891, the first vehicle under the Peugeot brand with a combustion engine was produced. Peugeot has sold 300 cars of this model. Since 1929, the company adopts naming for its models. Three-digit symbols with zero in the middle are used to this day. The first number is the class and the last is the series.


During World War II, the Peugeot factory was taken by Germany, transferring it to the management of Ferdinand Porsche. After the war, the first model that was produced was the Peugeot 202. In the 70s, Peugeot tried to start cooperation with other French manufacturers. Eventually, a deal was concluded with Renault in 1966, and 10 years later Peugeot bought back 90% of Citroen's shares, which was then owned by Michel. Since this event, the companies have been cooperating on new technologies and engine solutions.


The Peugeot brand was considered a very luxurious and elegant brand, cars of this brand were often called the French Mercedes. However, the design and manufacture of 100 series vehicles changed the image of Peugeot to a manufacturer of popular and very accessible cars. In the 1980s, almost all company models (205, 405, 605) were extremely popular. Model 206 from 1998 influenced the appearance of today's Peugeots, because the appearance of its body still resembles the local Peugeots.

In our offer you will find a whole range of models of aluminum wheels for Peugeot. In addition, we also sell summer and winter tires from all manufacturers. We offer 36 months of warranty for Racing Line products.