Porsche is a German brand that is known primarily for the production of sports cars. The company exists since 1931, but it wasn't until many years later that the first car was created. The brand name derives from the names of the founder, Ferdinand Porsche. The German engineer gained his practice in making projects, gained while working for the Daimler brand. He built for them a Mercedes Compressor Sports, which in 1923 won the then prestigious Targa Florio race. 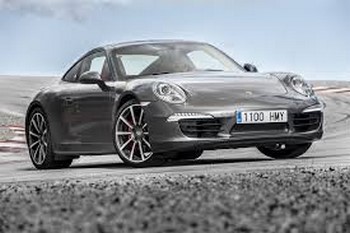 In 1947, the company began to manage the son of Ferdinand - Ferry, but his father was still responsible for his development. 1948 is a very important date for Porsche, a serial vehicle was shown, it was the Porsche 356. After the death of the founder, Ferdinand Porsche, the company still tried to build sports cars in accordance with the philosophy and guidelines. In 1953, the Porsche 550 Spyder made its debut. On the 25th anniversary of being a Porsche brand in the automotive market, the factory left the 10,000th piece of the Porsche 356. It is also worth knowing that Porsche vehicles have achieved 400 racing wins so far.


The 904 Carrera GTS model also presented in 1963, which attracted the eye with its style, could also boast great performance. In 1975, the Porsche 924 appeared, and then the larger model 928. The first car had an engine located in the front, the transmission in the rear and quickly proved to be a bestseller on the market. During the 10 years of the company's existence, approximately 120,000 cars have been manufactured. The second of these cars was produced until 1995 and received the title of "Car of the Year".


In 1986, the Porsche 959 had its debut, which was equipped with four-wheel drive and won in the Paris-Dakar Rally. It is also important that since 1991, airbags for the driver, but also for the person sitting next to the Porsche brand began to be serially added. At the end of the 90s, work and prototypes of the off-road Cayenne began. The medium-sized SUV premiered in 2002, and the Volkswagen Touareg is an identical version. The second generation of cars is currently available on the market.


In 2004, the Carrera GT model was introduced to the market, which was created until 2006. He used a V10 engine that produced 612 hp. Porsche then introduces the Panamera model. The model's name comes from the famous La Carrera Panamericana race. One of the latest cars from the German brand Porsche is the Macan model. The name comes from the Indonesian language and means tiger in this language, and the car was presented to the world in 2013 at the Los Angeles Auto Show. In Poland, the first Porsche showroom was established in 2006 in Warsaw.

Rims for the following models of the brand are most often sold PORSCHE: 911, Boxster, Cayenne.

Aluminum rims and tires for Porsche available in our offer. Pirelli tires are especially recommended. You can buy a set of wheels for both summer and winter from us. Alloy wheels from a reputable Racing Line company have ASO, ISO, JWL, VIA certificates and we give a 3-year warranty on them.