The history of the brand began in 1883. The name Rover Cycle Comp was created at the end of the 90s. The company initially dealt with the production of bicycles. 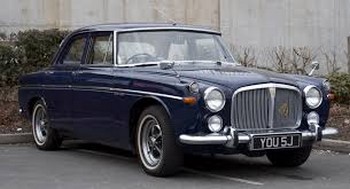 Rover 8 was the first car produced by Rover. It was manufactured in 1901. After the end of World War II, the Rover brand was bought out by various companies such as Leyland Motor Corp., British Leyland, and the Austin Rover Group until eventually it took over the BMW group. However, in 2000, cooperation with BMW ended and Rover became part of the MG Rover group. BMW sold the Land Rover brand to Ford, and in 2001 there was the third generation of Range Rover with BMW engines.


In 2004, the Discovery III model was introduced to the market, followed by the introduction of Range Rover Sport. However, the group had financial problems in 2005 and then declared bankruptcy. Currently, the Indian concern Tata Motors holds the rights to the Rover brand, while the Chinese company SAIC has the right to produce models 25 and 75, as a result the Roewe 750 model has been manufactured on the market.

Are you looking for nice rims for the summer? We have a lot of interesting rim designs for your car. If you do not know which rims to choose, call us and we will try to answer all your questions and advise in choosing the right rims.