SAAB is a Swedish airline founded in 1937. The automotive division producing passenger cars was founded in 1947. 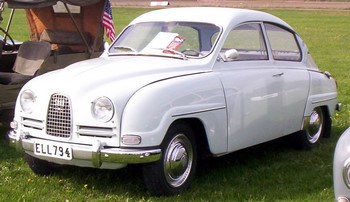 After World War II, when the army stopped placing orders for planes, the brand decided to establish a "profitable" department, it was called Saab Automobile AB. The first prototype of the Ursaab car was created in 1946, the second prototype appeared a year later. The body was made in the shape of an airplane wing. The car was produced as Saab 92 in January 1950.


In 2010, Saab announced that it had entered into a contract with the BMW Group to produce power units for them. In December 2011, Saab declared bankruptcy, which means the end of the brand. At that time, record demand was recorded in showrooms selling new and used cars of this brand.

Rims for the following models of the brand are most often sold SAAB: 9-3, 9-5(I,II). Aluminum and steel rims available in our offer. Brand tires for every season at a surprisingly attractive price. 205/55 r16 tires are particularly recommended for SAAB. Due to the great interest on your part, we opened two stationary stores in Gdańsk and Warsaw, we invite aluminum wheels for each car.