It is a Czech company dealing in the production of cars, which currently belongs to the Volkswagen group. 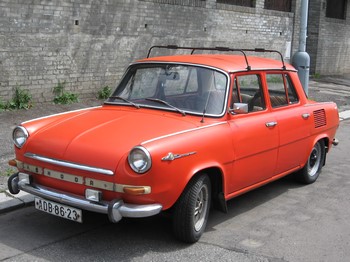 In 1895 two men Václav Laurin and Václav Klement founded a company called Laurin & Klement. The company initially dealt with the production of bicycles, and from 1898 began to produce motorcycles.


The prototype of the first car was created in 1901. Under the brand Laurin & Klement cars were manufactured until 1928. Later the company was taken over by the Škoda Holding group. Skoda joined the Volkswagen group in April 1991. The first model of the car in which Volkswagen technology is used was Škoda Felicia, which in later years replaced Škoda Fabia.


By purchasing the factory and the brand, Volkswagen also bought the right to people working there who were highly educated, and at the same time very efficient and creative. Under the rule of VW, Skoda Octavia was founded in 1996, which was based on the technique of Volkswagen Golf.


The fashion for urban shapely vans was initiated by Skoda Roomster. Skoda has access to VW technologies and techniques and uses them very creatively. It was supposed to be a cheap brand, but thanks to hard work it became a brand that brings huge revenues.

The most-sold rims for the following SKODA models: Fabia, Felicia, Octavia, Praktik, Roomster, Superb, Yeti. Aluminum rims for every Skoda model at LadneFelgi. You do not know what rims you should choose for the winter - aluminum or steel? Our sellers will advise you, call ask, we will dispel your doubts. Our offer is very wide, we also have tires from many well-known brands.