Smart is a car brand produced by Smart GmbH. 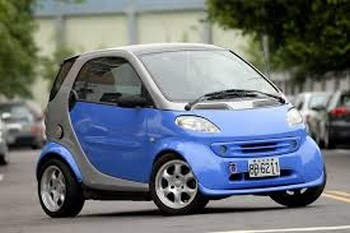 The idea to create Smart comes from a businessman from Switzerland, Nicolas Hayek, who founded and owns the Swatch watch company. In the early 1990s, he shared his idea with the Daimler AG company, with which he founded the Mercedes-Swatch company. However, the contractors' paths diverged because they had different ideas. N. Hayek wanted to create a safe, comfortable, small, two-seater city car with a shopping trunk. Daimler-Benz focused on profits.


The company Smart GmbH also cooperates with the Japanese Mitsubishi group. The first Smart model was presented in 1997 in Frankfurt, it was the model - Smart City Coupé (Fortwo). In 2000 this model was released in a convertible version. A four-person Smart model was also created, it is called Smart Forfour, it was launched in 2004.

Rims for the following models of the brand are most often sold: ForFour, ForTwo. We offer a large selection of models of aluminum wheels for Smart. Racing Line alloy wheels have the necessary VIA, ASO, JWL, ISO certificates. We also sell tires from all known brands for each car. If you are not convinced what rims will fit your car, call us and we will help in choosing the right rims.