It is a Korean company that was founded in 1954. The name SsangYong is derived from the Korean language and means "twin dragons". 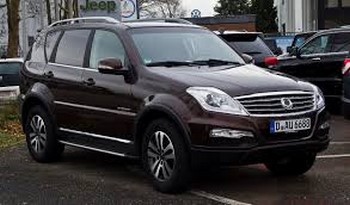 At the beginning of the company's existence commercial vehicles, i.e. buses, trucks and special vehicles. Keohwa Motors joined the SsangYong group in 1986. Off-road cars were the company's specialty. In 1988, the company became a leader in the production of SUVs in South Korea, all thanks to the Korando model created this year, which had four-wheel drive.


In 1990, Mercedes-Benz AG decided to invest in the SsangYong Motors brand in order to create a technology partnership. During the cooperation, small delivery vehicles, luxury passenger cars, diesel and gasoline engines were created. In 1997, the Chairman of the luxury passenger car debuted.


SsangYong merged with the Daewoo group in 1998, but when the recession ended, the company decided to continue its independent operations and disconnected. In 2007, the "New Vision" program was introduced, whose goal was business development and development of a long-term strategic plan.


In 2012, the dealer network in Poland already has 20 showrooms. The company at its world fairs showed their concepts of cars XIV-1 and XIV-2, which enjoyed huge media interest. The SsangYong brand has an excellent reputation as a maker of touring cars and SUVs.

Rims for the following models of the brand are most often sold SsangYong: Actyon, Korando, Musso, Rexton.

LadneFelgi deals with the sale of Racing Line tires, steel wheels and alloy wheels. We give a 36-month warranty for aluminum rims. We have tires from every manufacturer for all car models. In Warsaw and Gdańsk, we have opened stationary stores where you can view our products and make purchases.