Suzuki Motor Corporation is a Japanese manufacturer of cars, motorbikes and various types of engines, belonging to the "big four" of the largest motorcycle suppliers in the world. 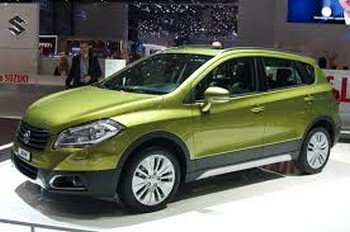 The concern was founded in 1909 by Michio Suzuki. Initially, the company was not involved in the automotive industry, but it produced weaving looms. He first built the machine in 1929, it was a weaving machine that was exported. On this basis, an idea was created to develop a small cheap car. Several prototypes of this car were developed in 1937, the engine was responsible for the 0.8-liter engine with 13 HP.


Due to the difficult market situation during World War II, M. Suzuki returned to the production of weaving machines again. However, before the production of the first car, in 1952 a "Power Free" bicycle was constructed, equipped with a two-stroke internal combustion engine. The moped was successful and Suzuki received approval for the first motorbike. It was called "Diamond Free", after its premiere, 6000 copies were produced monthly. The company name was changed to Suzuki Motor Corporation. The small Suzulight car appeared in 1955 with a 16 HP engine. The car was produced in three variants: pick-up, minivan and sedan.


The Colleda motorcycle series will also debut soon. It is worth knowing that this was the first motorcycle that has a speedometer installed in the headlight. In 1961, the production department was separated, one involved in the production of weaving machines, the other the production of cars. A few years after the Suxulight model, a larger model is created - Suzuki fonte 800. An important year turned out to be 1970, in which the first generation of the Jimmy off-road model premiered.


For many years later, more Suzuki models were created and in 2003 the first hybrid car in Japan - the Twin model - was introduced. The Suzuki Swift model received the award, which in 2005 became the car of the year.

Our offer is very wide, we have over 1200 models of aluminum wheels. We have been selling our products from the reputable Racing Line company for several years. There are more and more satisfied users of these rims. In addition, we sell steel wheels ideal for the winter season.