The first Honda models were released in the 1960s. In 1948, the company, which was owned by Soichiro Honda, first created mechanical parts, engines, as well as motorcycles. 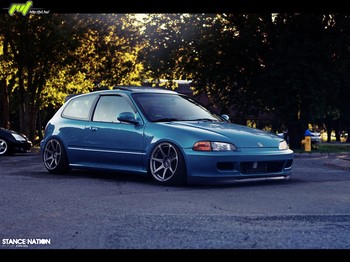 After World War II, there was a shortage of transport, so Honda decided to build a small factory where they produced motorcycles powered by small engines. The first motorcycle was the 1949 Dream D-Type.


In 1960, Honda designers produced their first prototype passenger car, which was intended for the Japanese market. An interesting fact is that the T360 light truck was the first series model. The pick-up appeared in 1963 and was available in four different body styles (also as a van!). On the Japanese market, the brand of these cars was bought more often, but Honda could not conquer the foreign market. US residents liked very large cars, while small Honda models were not in demand. Honda proposed the Accord model to the Americans in 1976. It was a car larger than the Honda Civic. In the 90s, Honda was to expand its distribution and development network in Europe.

Check our offer today. If you need advice and do not know which rims for your car you should choose, call us, a qualified team will advise and help you choose the right rims. Racing Line alloy wheels have a 36-month warranty.