The history of the Hyundai brand began in 1947. The founder was Chung Ju-Younga, and the company was called Hyundai Engeenering and Construction, he dealt with the construction zone. In 1967, the Hyundai Motor Company was founded, whose activity became the production of cars. 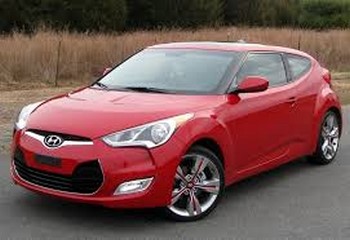 The Hyundai brand knew that only cooperation with experienced competitors would allow it to enter the automotive market. Cooperation with Ford was established and the Cortina model was created. In 1974, the Korean manufacturer created his own car model, which entered production the following year, it was Hyundai Pony Ford and Hyundai cooperated until 1985. Cars began to be exported to other countries where they were used as taxis. The Korean brand has become the second largest brand in Asia, and foreign sales have had a growing share in its development. In the eighties, the brand has already achieved a great success, it has become a recognizable brand in the world. In Europe, cars of this brand presented themselves in 1978. In 1995, the continent of Europe began to be the largest customer of the Hyundai brand. In 1986, the concern also debuted on the American market.


In 2003, Hyundai Motor Europe created an office and research and development center in Russelsheim near Frankfurt for EUR 55 million. In 2007, construction of the Hyundai factory in the Czech Republic was started. The Hyundai European Design Center has officially been operating in Russelsheim since 2006.

We invite you to shop in our stationary stores in Warsaw and Gdańsk. There you will find aluminum wheels and steel wheels for your car. We also offer nokian tires and other well-known brands at great prices.