BMW is one of the most famous and largest luxury car brands in the world. The BMW brand logo is widely recognized as a sign of a spinning propeller, but this interpretation was revealed a few years after its creation. The white - blue BMW badge actually refers to the Bavarian flag. 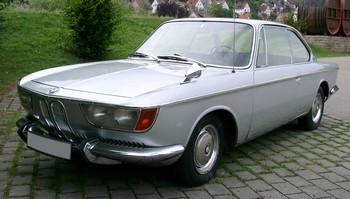 BMW was founded in 1916, but for the first years produced aircraft engines, railway brakes and motorcycles. In 1929, the first BMW cars were manufactured under the name 3/15. The BMW brand identification mark is the so-called "kidneys", i.e. double air intake for radiators and in-line engines and cylinder assemblies (in recent years pushed out by four-cylinder engines). The car, which had both these characteristics, was produced in 1933, was a 303 model with a capacity covered by 1.1l capacity and 30KM speed capacity.


Few people know that the BMW brand had a shameful episode with the Nazi regime. Prisoners from the Dachau concentration camp carried out forced labor for the brand. The first few years after the war, BMW was banned from engine production and made a living by producing pots and bicycles. The production of motorcycles took place again from 1948.


In 1959, the BMW group was in crisis. This year also the 700 model appeared on the market, which was very successful on the market. After the success, the company quickly got back on its feet and began working on models that created the subsequent power of BMW. In 1973, the 2002 Turbo model was the first turbo-charged car. This engine was 170HP and provided 0-100km / h acceleration in 7, 2 seconds and a maximum speed of 212km / h.


Currently, the BMW group includes the brands BMW, Rolls-Royce and MINI, also actively participates in motor sports. BMW cars are in the highest class in many respects. You must appreciate luxury, the use of the latest and best technologies, as well as the brand's prestige. The BMW brand produces BMW 1, 3, 5, 6, 7, 8 passenger cars, SUVs, Z-series and M-series sports cars as well as BMW motorcycles are also available.

Do you want to give an original character to your car? You've come to the right place, at LadneFelgi you will find aluminum wheels that will completely change the look of your car. In addition, our offer includes pirelli tires and other well-known manufacturers. We have two stationary stores: Warsaw and Gdańsk, where you can see rims live or pick up the goods ordered by the online store.