Cherokee XJ also known in the USA under the name Liberty is the third generation of a small SUVA, which works perfectly in the field. 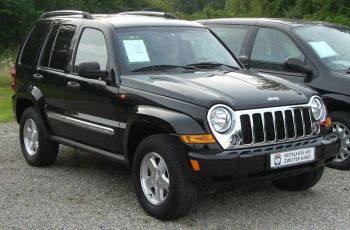 The KJ version was presented in 2001 and is a compromise between Grand Cheeroke and Wrangler. The vehicle perfectly combines the off-road capabilities of the latter with a slightly more accessible body design. Cheeroke's clear advantage over the larger version is also the price. Nevertheless, it should be pointed out that the design, despite modernization, did not appeal to everyone, the reason for this was the strong accustomation of customers to simpler shapes. Cheeroke was offered with both-wheel drive as well as the FWD version. The very massive self-supporting body has managed perfectly well today in very difficult conditions, as well as in typical offroad. In 2005 the manufacturer decided to carry out a facelift, which included a grill, bumper and turn signals. Jeep Liberty, because under this name the car appeared in the USA, was available with engines from 147HP to 211HP.

Users using the off-road capabilities of their vehicles should equip them with high-strength aluminum wheels. On our website you will find appropriate models that can be additionally equipped with Pirelli or Bridgestone tires, which will further improve the car's capabilities.